Blue Merle French Bulldog - Everything You Wanted to Know

Blue Merle French Bulldog: Everything You Wanted to Know

This blog will cover all the questions you might have about blue Merle French bulldogs and correct many misconceptions circling around the internet.

The color is very controversial in breeding circles, but is it true that a blue Merle French bulldog equals health problems? Let’s dive in. 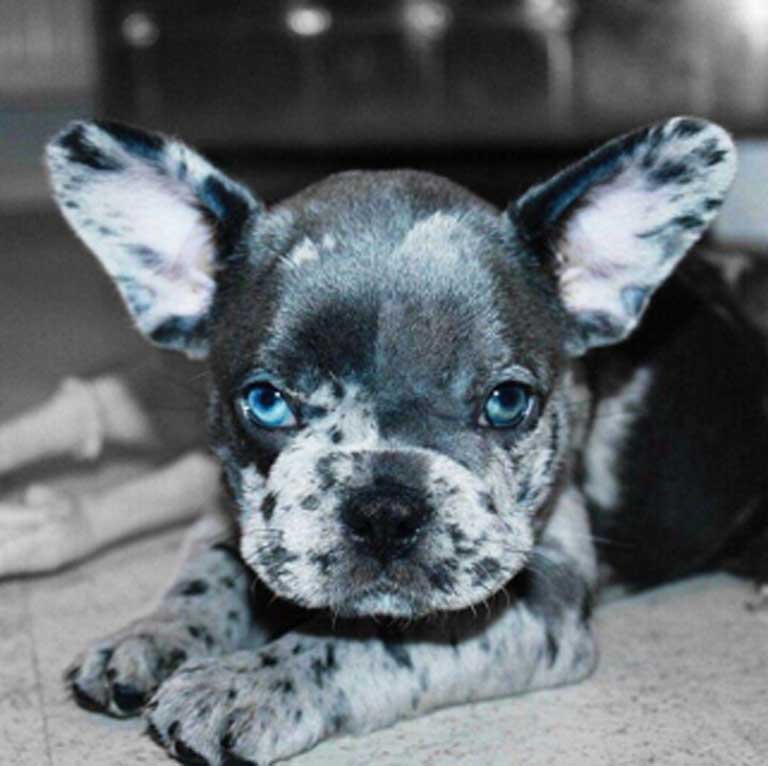 What is a Blue Merle French Bulldog?

Blue Merle French Bulldog color is one of the most recent patterns introduced into the bully breed.

Merle coat pattern comes in different color variations (not only blue) and can affect any dog breed.

Merle is a gene that causes random modifications throughout the dog’s coat, paw pads, nose, and eyes, by removing pigment – the result being patches of missing pigment that are placed on previously mentioned areas.

If the pigment removal takes place on the iris, it’s called heterochromia iridis – resulting in those bright blue eyes Blue Merle French bulldogs are so known for.

If you are looking for a French bulldog whose eyes remain blue permanently, Merle Frenchie would be your only option. Both lilac, Isabella and blue Frenchies possess the blue eye characteristic – but that only applies to puppies. As the dogs grow and mature, the blue colored eyes change.

Are Merle French Bulldogs doomed and prone to all kinds of health problems?

I frequently see misconception about Blue Merle French Bulldogs circling the internet, mostly stating how issue prove and genetically inferior they are. Is it true?

No, there are no health issues tied directly to the Merle gene. Merle French bulldogs can be extremely healthy if responsibly bred. A very important factor of responsible breeding is making sure the pairing is done correctly. A Merle French Bulldog should only be bred to a dog of a solid coat color.

The downsides of the Merle gene come into play when the breeder irresponsibility breeds two merles together, which can potentially result in a genetic disaster called a “Double Merle”.

If two Merle French Bulldogs are paired together, 25% of the puppies have a chance of being double merles, also known as homozygous merles.

Double merled dogs have two copies of the Merle (mm) gene, resulting in substantial removal of pigment, which can negatively affect sight and hearing. Double Merle dogs are almost fully white, have bright blue eyes, and can occasionally be born with eye deformities.

The Merle pattern plays the same role with pigment removal as the pied/piebald pattern, so Merle dogs that are also pied carriers should preferably not be bred other Pied French Bulldogs.

You see? It’s not all black and white. Your breeder’s knowledge plays a huge role in the health of your blue Merle French bulldog puppy. 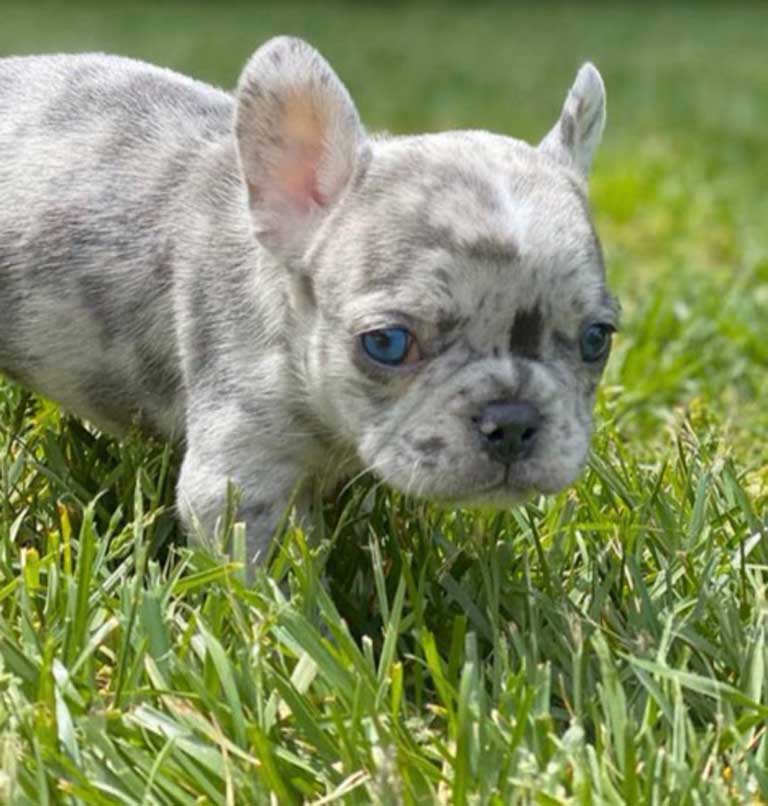 Why is breeding merle French Bulldogs so controversial?

Like we previously mentioned, breeding two merle dogs can end in genetic abnormalities, but there is another reason why the merle gene can be problematic in the French Bulldog breed.

Merle gene might not express itself in cream or fawn-colored French Bulldogs. The condition is called a “ghost merle” or “cryptic merle”.

This doesn’t have to be a concern if you purchase your puppy from a responsible breeder that understands color genetics and conducts genetic testing/color testing on their French Bulldogs before mating.

It is not fully clear as to where the merle pattern came from or when/if it was introduced.

Coat color introduction takes place when a different breed that already carries that color or pattern (in this case, probably a chihuahua) is mixed into the genetic pool.

Once the new gene is introduced its bred back into a Bulldog. After generations and generations of breeding it back, it finally becomes a 100% French Bulldog. This introduction probably took place quite a few years ago, way before the French Bulldog breed gained momentum.

So yes, a different dog breed was probably crossed at some point – but guess what? That, not only applies to all coat colors in the breed, but also to different breeds of dog.

Every coat color we see in the bulldog breed was a result of “mixing and matching” to create new color variations and patterns, merle is just the most recent one, the “new” one, and the current controversy.

Are blue Merle French Bulldog accepted by the AKC?

The answer is no. The Bulldog breed standard was written over a century ago and only deems black brindle, cream, fawn, pied, and white as acceptable colors.

All exotic colors are considered non-standard and an instant disqualification. Standard color breeders and AKC show competitors look down upon exotic colored French Bulldogs like merles, lilacs, blues, chocolates, etc, and consider them to be un-pure and unacceptable.

But guess what? We think they are awesome. They are French Bulldogs, they are healthy, they are sweet and cuddly, they just aren’t welcome to the club ;). 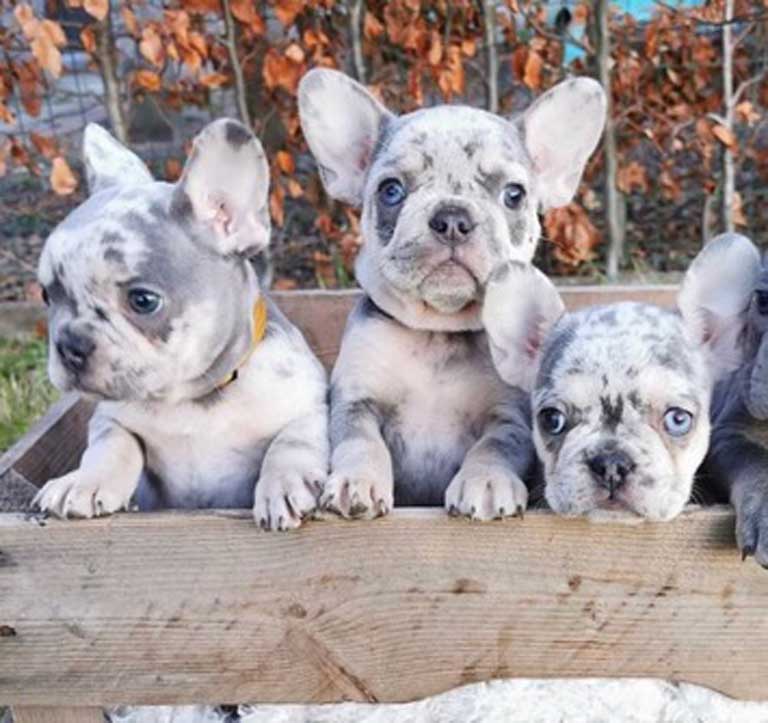 How to care for a Blue Merle French Bulldog?

We recommend a completely raw diet, called the BARF diet. Your merle French Bulldog will thrive on it, and you will avoid skin allergies the breed is predisposed to.

Check out the top foods we recommend for your Blue Merle French Bulldog.

Like mentioned before – the dog will not suffer any additional health problems just by being a merle, however, the French Bulldog breed is prone to some health issues, and one of the most important ones you should learn about is IVDD.

Never heard of IVDD? Read more to understand more about the condition and how to prevent it.

Blue merle French Bulldog is definitely the most popular and eye-catching merle colors now, but there might be some other adorable color combos you never came across.

Bold This There are simply too many to name them all, but we will include some of our favorite ones.

Isabella is one of the newest colors in the French Bulldog breed. It’s a new shade of lilac also called “true lilac”. Just like a lilac French Bulldog, an Isabella bulldog is a result of blue and chocolate DNA. However this shade is a lot more champagne looking compared to the regular lilac.

Of course there is now the Isabella Merle as well – on the right. This is currently the rarest and most expensive color in the French Bulldog breed. Price can be anywhere between $15,000-50,000. 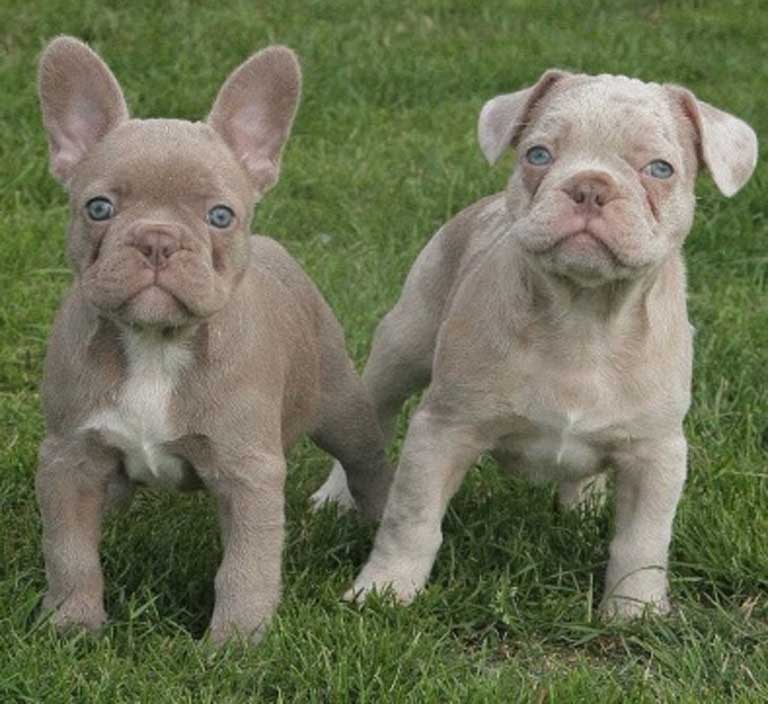 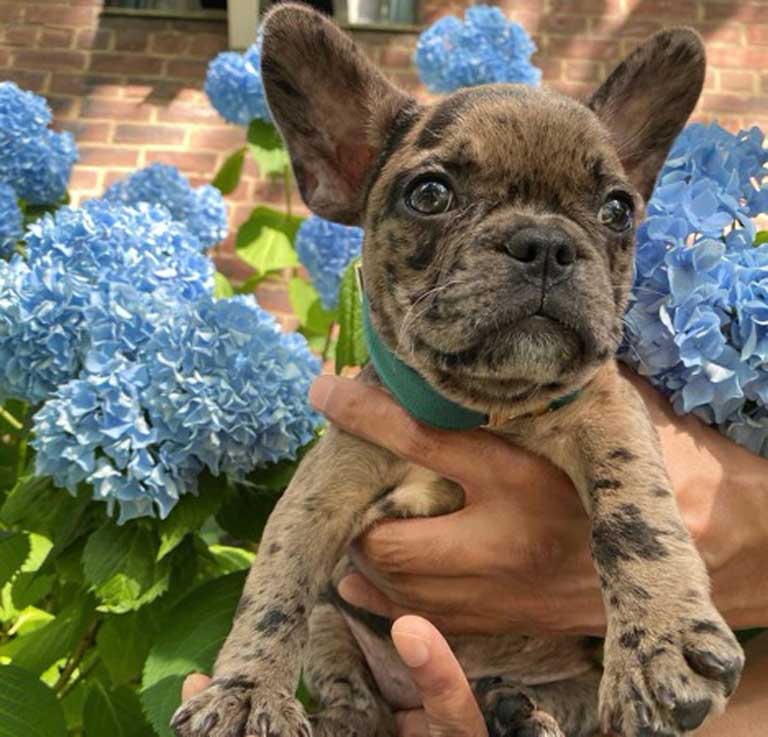 Pied, also called Piebald is a gene that is responsible for pigment removal, just like the merle gene. The puppy pictured below is a Blue Pied Merle with blue eyes, that will be blue permanently. 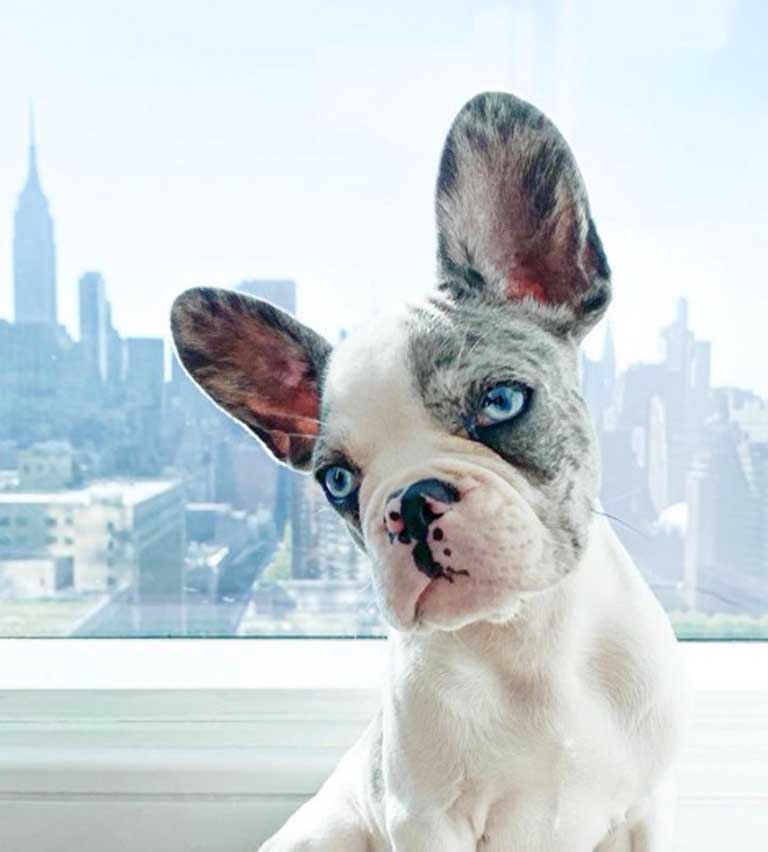 Black Merle French Bulldogs are black coated dogs with patches of missing pigment that are usually light gray or light brown. They might or might not have blue eyes, depending on the genetics. 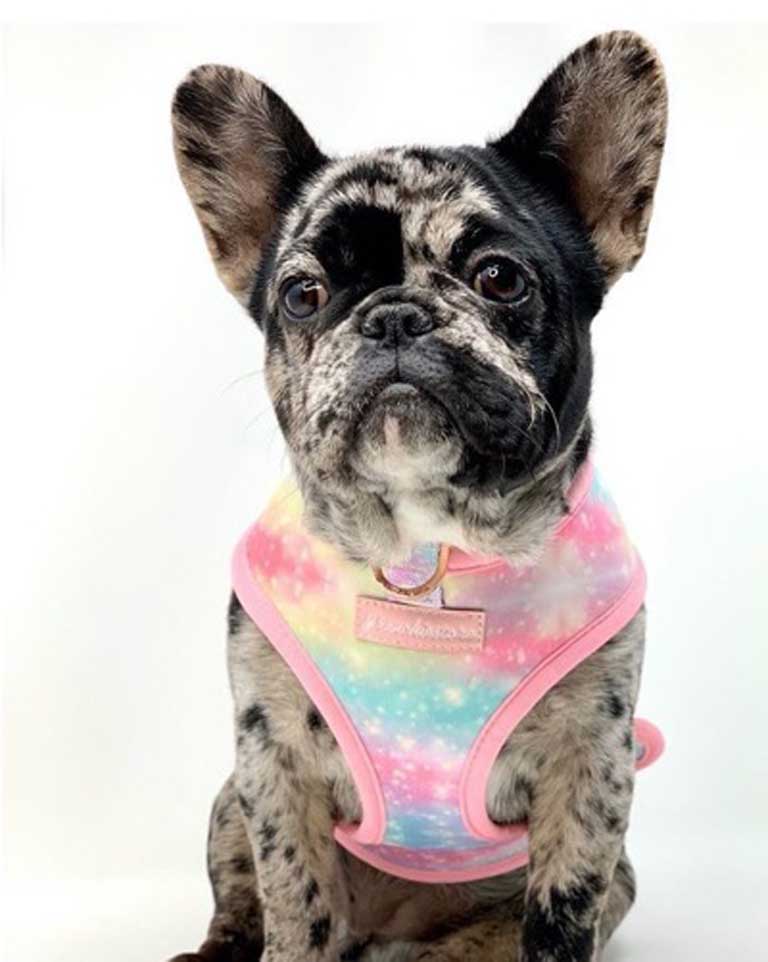 So what is the conclusion? Should you buy a blue Merle French Bulldog? The answer is, to each their own.

If you believe that exotic French Bulldog colors aren’t “true French Bulldogs”, because the breed standard rules deem them unacceptable, then stir away from rare colors and get a fawn, cream, brindle or pied Frenchie - they are all amazing, adorable and offer unconditional love.

If you have an eye for exotic colors, then research your breeder and make sure that they always prioritize the French Bulldog health, temperament, and features over coat color.

As long as there is enough genetic diversity, coat color will not affect health.